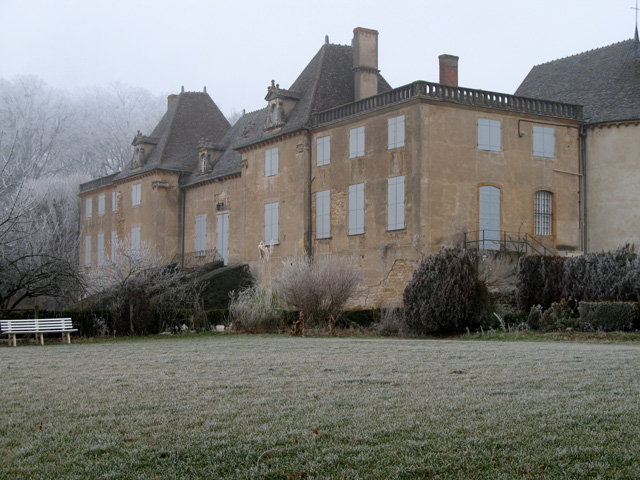 Location: Prissé, in the Saône-et-Loire departement of France (Bourgogne Region).
Built: 1648.
Condition: In good condition.
Ownership / Access: Property of the Foundation Ozanam.
ISMH Reference Number: PA00113394
Notes: Château de Monceau is located in the municipality of Prissé in Saône-et-Loire, in slope flank. North, cutlery common hollow tiles roofs framed an open courtyard. They were combined with the primitive castle by flat-roofed structures which surround the flanges and which are interconnected by a closed gallery pressed against the front, with forehearth three sections connected by a staircase with double converging mounted. These buildings, including the northern parts appear to have been designed in the eighteenth century, includes northwest chapel whose entrance is crowned with a small broken pediment. In the east wing, Lamartine's grandfather had created a show room whose only furnishings were a stage long since disappeared. Housing have been substituted there. In the park remains a green salon. Today the castle belongs to the association Frederic Ozanam which in summer offers for seniors to spend a week or more in this place. The castle is included in the Inventory of Historical Monuments and green salon is a listed site since 10 October 1936.