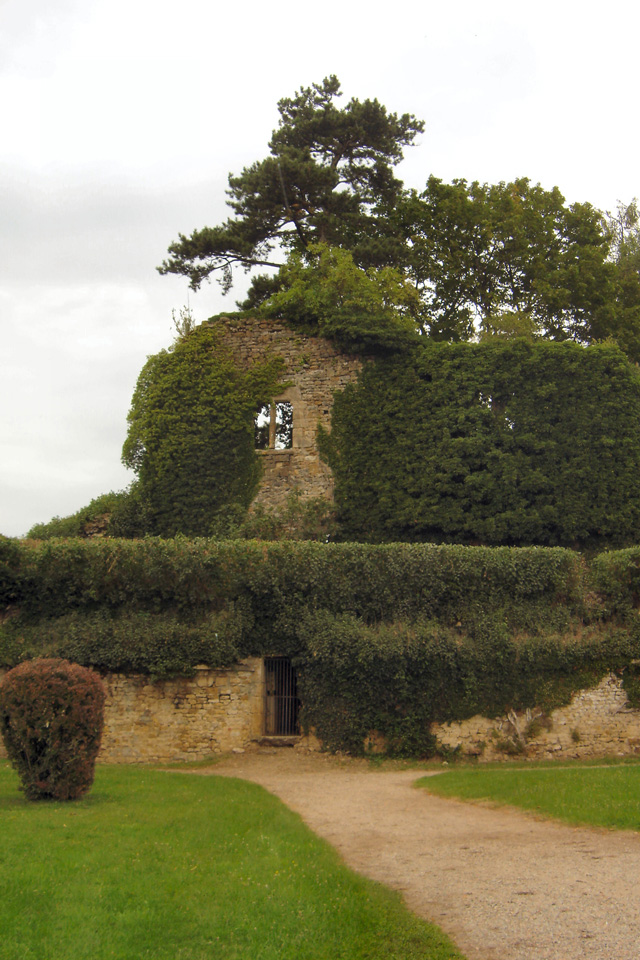 Location: Moulins-Engilbert, in the Niévre departement of France (Bourgogne Region).
Built: 10th century.
Condition: Renovated.
Ownership / Access: Open to public.
ISMH Reference Number: PA00125320
Notes: Château de Moulins-Engilbert, also called the Old Castle is a medieval castle located in Moulins-Engilbert in the French department of Nièvre. It is the subject of a registration as a historic monument since June 17, 1993. Since the eighteenth century, the castle is a vegetable garden and an orchard. During the 1950s, a small public garden is created, structured around the old basin. The place is now open to the public. The castle is listed as historical monuments June 17, 1993 and then purchased by the municipality in 2006 in the town of Saint-Honoré who owned it since 1910. The "Association of Friends of the Old Castle" is then formed. From 2008-2010, the south wall of the house is renovated..