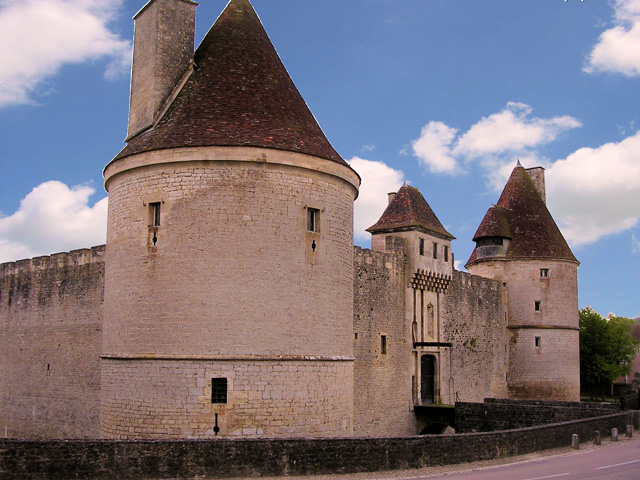 Location: Posanges, in the Côte-d'Or departement of France (Bourgogne Region).
Built: 1440-1445.
Condition: Restored.
Ownership / Access: Now a Cloth factory.
ISMH Reference Number: PA00112593
Notes: Château de Posanges, located in the Gold Coast, the town of the same name was built between 1440 and 1445 by William Wood, Lord of Posanges, butler of the Duke of Burgundy, Philip the Good. It is the subject of a classification as historical monuments since December 27, 1913. William Wood, Berry Lord, tied first at the hotel Jean sans Peur and that of Philip the Good, acquired the lordship of Posanges in 1437. He built the castle before his death in 1453. the small building had a rather quiet life; from 1964 to 1974, it was converted to accommodate a cloth factory. Since 1974, it has been restored.

How To Get To Château de Posanges (Map):