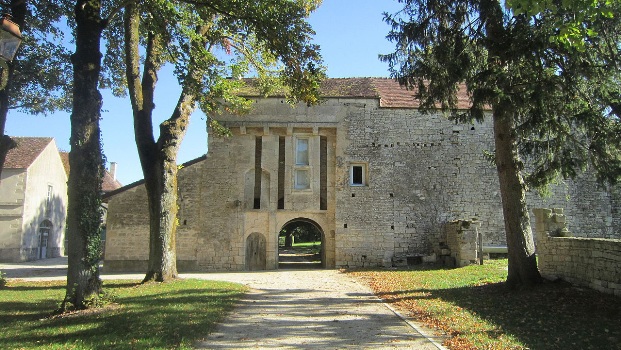 Location: Puits, in the Saône-et-Loire departement of France (Bourgogne Region).
Built: 15th-17th century.
Condition: Ruined.
Ownership / Access: Private property.
ISMH Reference Number: PA00112601
Notes: Château de Puits is located in Puits in the French department of Côte-d'Or.The present castle was built in the seventeenth century on the site of a more ancient remains of which the gate (fifteenth century).It is registered as a historic monument by decree of December 8, 1941 and the facade and roof of the main building by order of July 6, 1971.