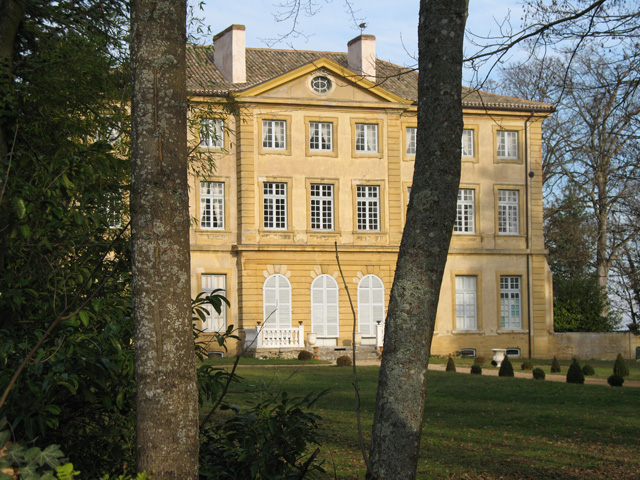 Location: Rosey, in the Saône-et-Loire departement of France (Bourgogne Region).
Built: --
Condition: In good condition.
Ownership / Access: Private property and not open to the public.ISMH Reference Number: PA00113404
Notes: Château de Rosey is located in the municipality of Rosey in Saône-et-Loire, south of the village, sloping flank. It is the subject of a registration as a historic monument since 13 December 1977. It is a rectangular building. A front part of a single span mild form Advanced center of the north facade; it comprises on the ground floor, a door in semicircular arch between two pilasters Tuscan set against a rectangular frame as boss table, first floor, French doors opening onto a balcony on consoles to support-iron body Forged surmounted by a frieze of Greek and the second floor, an oval oculus. Extending from either side of the vertical line arrays pilasters, tables searched climb to the ledge of the balcony, which supports an arched pediment decorated with an oval cartouche surrounded by plant motifs. The front part of the southern facade has three bays. The ground floor, continuous boss table, is pierced by three arched windows. It is crowned by a pediment pierced by an oculus. The castle is preceded north of a common courtyard framed, without a carriage door separates coronation of a long avenue of trees. A garden inspired by French gardens surrounding the south and east. The castle is privately owned and not open to visitors.