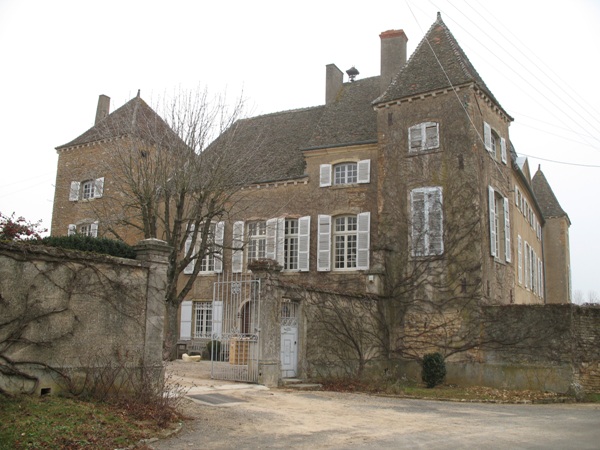 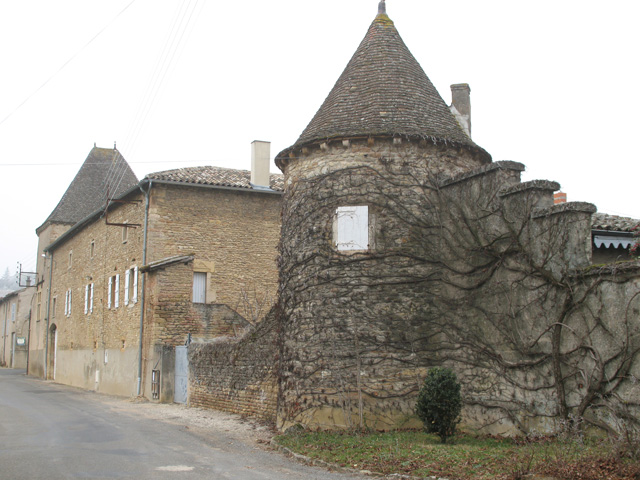 Location: Davayé, in the Saône-et-Loire departement of France (Bourgogne Region).
Built: 14th century.
Condition: Rebuilt.
Ownership / Access: Private property and not open to the public.
Notes: Château de Rossan is located in the municipality of Davayé in Saône-et-Loire, down slope. Preceded by extensive farmyard which there remains a great tower of square angle mullioned window and cross, a long rectangular building and a small circular tower, the castle is a rectangular plan consisting of four main bodies and flanked by square towers . The towers flanking the north side, leaning on the hillside are chunkier and topped with pointed roofs less than those that flank the south facade, rebuilt in the eighteenth century in order to compose a set comprising a central body, crowned by a pediment, between two pavilions. The buildings are arranged around a central courtyard that archway connects the edges Tinailler. The south wing houses a staircase towards the fifteenth century, a stone bearing the date 1630 and a sundial that of 1753. In the center of the west front, two small doors give access to a hall in the north which a student staircase to three straight flights to wrought iron railing. A semicircular portal diamond-tipped lobes, located between the castle and its farmyard, was shot in 1902. To the east of French gardens had been built on a vast terrace planted with vines for a long time. The castle, private property can not be visited.