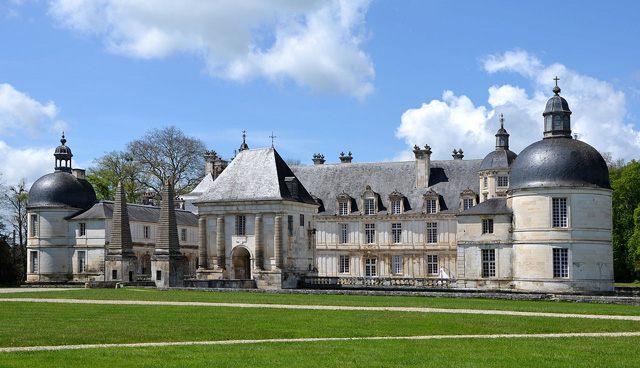 Location: Tanlay, in the Yonne departement of France (Bourgogne Region).
Built: 16th-17th century.
Condition: In good condition.
Ownership / Access: Privately owned.
Notes: Château de Tanlay is located in Yonne, Burgundy and Franche-Comté. Plot Park by Peter the Mute remains the Grand Canal, along nearly 530 m. It is powered by a beautiful Renaissance nymphaeum. Every summer are held in public contemporary art exhibitions. The castle park is the subject of a classification as historical monuments since December 27, 1927.

How To Get To Château de Tanlay (Map):