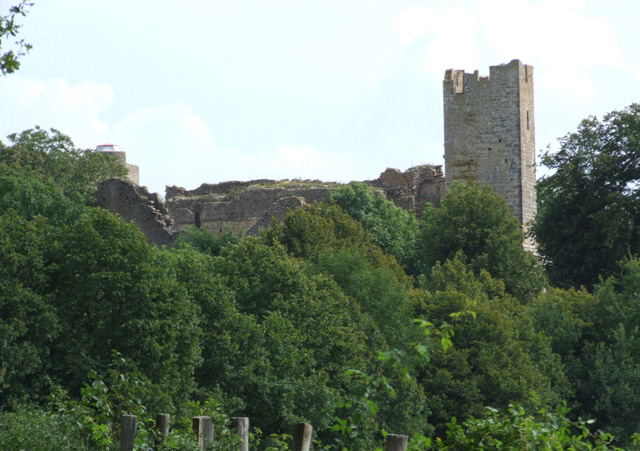 Location: Vic-sous-Thil, in the Côte-d'Or departement of France (Bourgogne Region).
Built: 13th century.
Condition: Restored.
Ownership / Access: Privately owned.
ISMH Reference Number: PA00112720
Notes: Château de Thil is west of Dijon, in Burgundy, in the town of Vic-sous-Thil. The presence of a Castellum is attested from 1016 in the cartulary of Flavigny and occupation of the site continues with certainty until the seventeenth century. While it is true that the castle was heavily restored in the twentieth century, its remains still make possible an architectural study. This castle is the subject of a classification as historical monuments since 1905. September 12 At the end of the fourteenth century, the construction of a residential tower and a residential building redefines the space by drawing called reduced stately. This configuration is affirmed in the fifteenth and the sixteenth century with the construction of a new building and remodeling of the enclosure. Over the centuries, the site is increasing its residential qualities while maintaining its defensive prerogatives. Thil Castle experienced a long period of occupation, whose evolution may be followed at least six centuries. The site's peak period is related to Jean de Thil, by the end of the fourteenth century who endowed the site of his most beautiful architectural elements, including college. The chronology of the castle must be further refined but one can already talk of a major site for the Burgundian castle architecture.

How To Get To Château de Thil (Map):