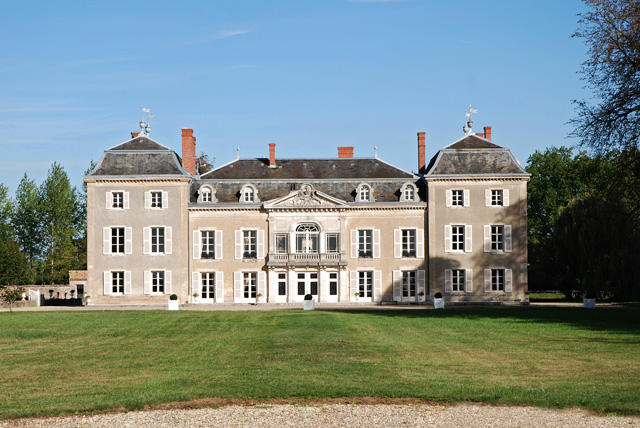 Location: Varennes-sur-le-Doubs, in the Saône-et-Loire departement of France (Bourgogne Region).
Built: 13th century.
Condition: Restored.
Ownership / Access: It is now a Luxury place for weddings and other events.
Notes: The Chateau Varennes is located in the municipality of Charette-Varennes in Saône-et-Loire, on the southern edge of the town of Varennes.The castle, private property can not be visited.The Lordship of Varennes-sur-le-Doubs in the eighteenth century belonged to the house of Vienna, who sold it in 1291 to the Dukes. She passed in 1543 to Elyon Mailly, Lord of Arc-sur-Tille, Charette and Terrans, and after various owners during the seventeenth century Claude Ragot, lord of Epoisses. Gabrielle de Fourcy, wife of Count Mainville, brigadier of the king's armies, sold it to the lordship of Frontenard and lordship of La Motte Frontenard in 1729 to Jean-François Truchis, Terrans lord, whose family owned land already in Varennes since from 1607 to 1610. Since then, it has remained in the elder branch of the family. The feudal castle, which is rare in Burgundy, was protected by a triple particularly extensive enclosure ditches, a tower still mentioned by Claude Courtépée persisted until the late eighteenth century. A castle, small and rarely inhabited, was built near the old keep in a location where the view extends beyond the Doubs valley to the mountains of the Côte-d'Or and Jura.

How To Get To Château de Varennes (Map):