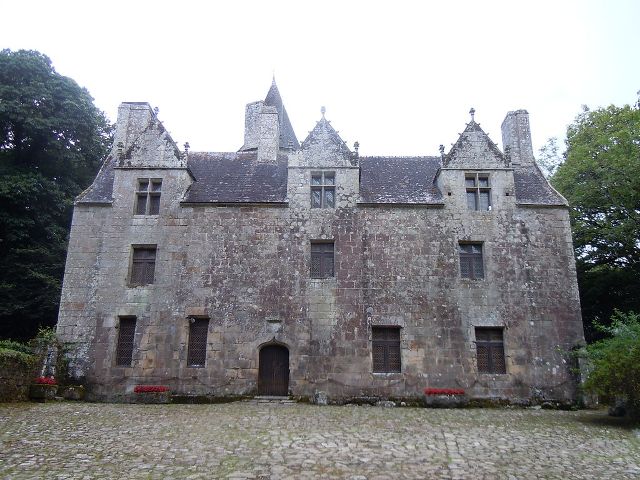 Location: Glomel, in the Morbihan departement of France (Bretagne Region).
Built: 15th-17th century.
Condition: Ruined.
Ownership / Access: Privately owned.
ISMH Reference Number: PA00089159
Notes: Château de Coat-Couraval is a strong house in a secluded location in the town of Glomel. It was classified as historical monuments by order of 2 March 1981.The castle was built around 1430 by the family of Bouteville whose arms are visible on the bell tower of the neighboring church Bonen. The castle then passed into the hands of families Urvoy Crenan to Perrien, Goulaine and Rusty Orfeuil. It has survived the centuries without suffering too much damage or major alterations. It is an interesting example of fortified houses of interior Brittany successor to the castles of the Middle Ages. Despite his imposing appearance, the building had no military role.

How To Get To Château de Coat-Couraval (Map):