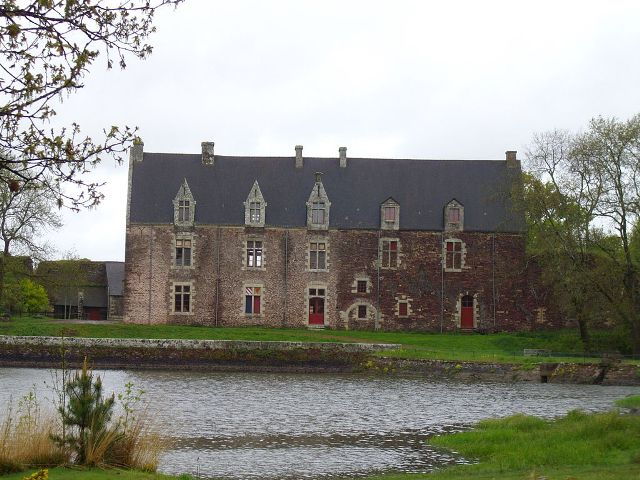 Location: Concoret, in the Morbihan departement of France (Bretagne Region).
Built: First written trace of the chateau was 868.
Condition: Rebuilt in the end of 19th century.
Ownership / Access: Property of a private company.
ISMH Reference Number: PA56000001
Notes: Château de Comper is located near the Paimpont forest, three kilometers east of the town of Concoret Brittany. In medieval castle original enjoying an enviable strategic position thanks to the protection offered by the large pond and forest that surround it, he experienced various destructions and reconstructions throughout its history. He passed to the barons of Gaël-Montfort, of Laval, Rieux, Coligny and Trémoille. Dismantled in 1598 by order of Henry IV, he was burned during the French Revolution. There are few traces of its parts feudal, Renaissance-style mansion has been rebuilt as a dwelling in the nineteenth century. It is the only of the five castles historically linked to the Paimpont forest (and therefore the Arthurian legend) remaining to date. Several legends are the birthplace and residence of the fairy Viviane. It houses exhibitions of imaginary Arthurian Centre since 1990. He is the subject of a registration as a historic monument since June 1996. This concerns its walls, the house, the yard, the embankment and moat.