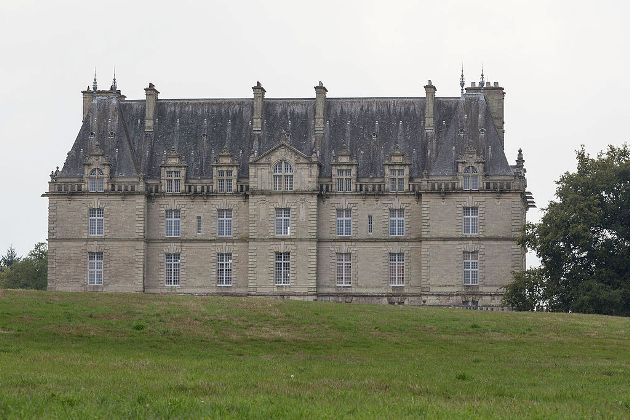 Location: Monteneuf / Augan, in the Morbihan departement of France (Bretagne Region).
Built: 18th-19th century.
Condition: In good condition.
Ownership / Access: --
Notes: Château de la Grée de Callac is a castle built from 1892 to 1908 the town of Monteneuf (Morbihan) the park and outbuildings extend to the nearby town of Augan. It is the subject of a registration as a historic monument since December 20 1990.This castle, built by Frederick Jobbé-Duval for Bot count is one of the last large castles built in the nineteenth century. This neo-Renaissance style castle pageantry, the grandiose proportions, was built in granite and slate roof. Jobbé-Duval, from a famous Rennes family of painters and decorators, was inspired Castle Ancy-le-Franc and that of Moussaye in Plénée-Jugon3. He also directed the interiors and furniture. Although the castle itself was built in the municipality of Monteneuf, much of the park and outbuildings (including chapel, orangery and the hunting lodge) are located in the town of Augan.

How To Get To Château de la Grée de Callac (Map):