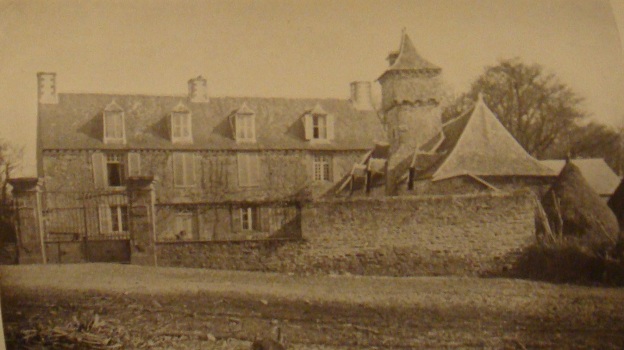 Location: Saint-Denoual, in the Côtes-d'Armor departement of France (Bretagne Region).
Built: 15th century.
Condition: --
Ownership / Access: --
Notes: Château de La Guyomarais is a castle located in the municipality of Saint-Denoual, in the Côtes d'Armor department, in France.The castle high in the sixteenth century, is granite. The field of Guyomarais up in 1450 to Guerrande Jean and Marguerite de Guerrande in 1536, and the Fruglais Mathurin in 1569. In the eighteenth century, it is the property of Monsieur de La Motte La Guyomarais. During the French Revolution, it became the place of refuge of the Marquis de La Rouërie, who stayed there in October 1792, from 9 to 11 November, 15 December and returned there on January 12, 1793. This one dies there 30 January 1793. the castle is now private property. In the wood of the castle was raised the tomb of Marquis de la Rouërie, where a stele was erected by the Embassy of the United States.