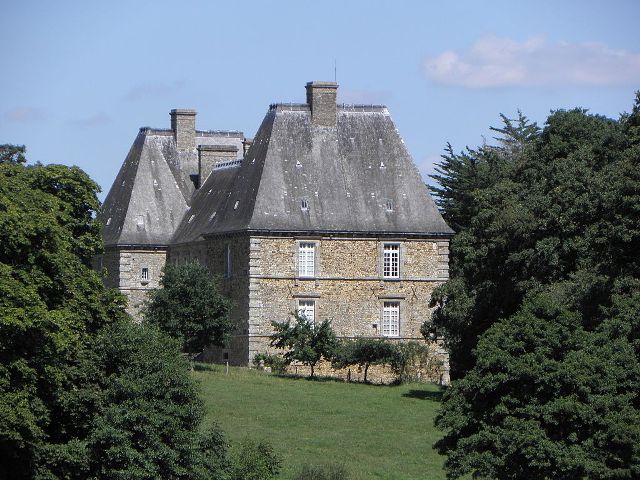 Location: Andouillé-Neuville, in the Ille-et-Vilaine departement of France (Bretagne Region).
Built: 17th century.
Condition: In good condition.
Ownership / Access: Private property.
ISMH Reference Number: PA00090495
Notes: Château de la Magnanne is a castle located Magnanne the Magnanne hamlet east of the town of Andouillé in Ille-et-Vilaine. It is located along the river Andouille, a tributary of the Ille.It was built in the seventeenth century to the former remains a place of local lords. Following a fire in 1893, the castle was rebuilt by Henry Mellet and the mansard roof was replaced by a simple double sided roof. It is the subject of an entry in historical monuments since July 4, 1980. This registration was canceled and the castle was re-registered on January 13 2011.

How To Get To Château de la Magnanne (Map):