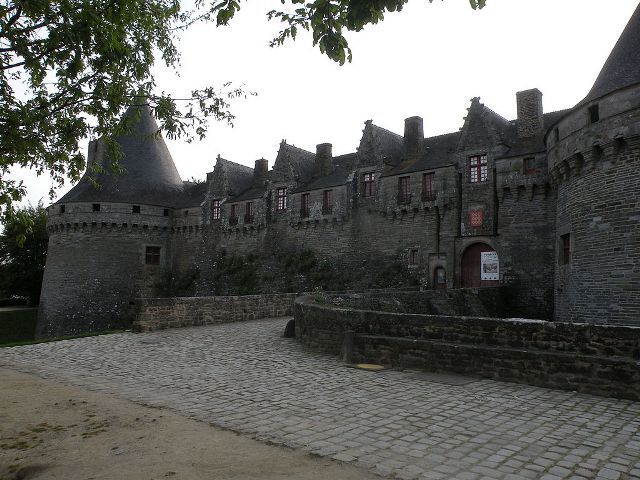 Location: Pontivy, in the Morbihan departement of France (Bretagne Region).
Built: 15th-16th century.
Condition: Restored.
Ownership / Access: --
Notes: Château de Pontivy (Morbihan), also called Rohan Castle, was built in the fifteenth and sixteenth centuries by the family of Rohan. The first is that built the Viscount Jean II of Rohan, son and opposing the Duke of Brittany Francis II and Governor of Brittany Charles VIII. The castle is the subject of a registration as a historic monument since October 26, 1925, while the facades, roofs, yards and ditches are classified since December 30 19532. Property Josselin de Rohan, it has donated for a symbolic euro to the town of Pontivy in January 2014.

How To Get To Château de Pontivy (Map):