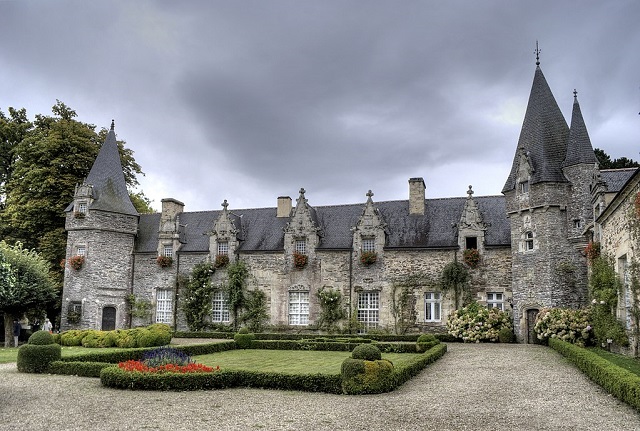 Location: Rochefort-en-Terre, in the Cotes-d-Armor departement of France (bretagne Region).
Built: 20th century.
Condition: --.
Ownership / Access: --.
Notes: The castle of Rochefort-en-Terre is a castle built at the beginning of the twentieth century in the town of Rochefort-en-Terre (Morbihan).The first castle is built on an elongated pentagonal plan that has survived throughout the history of the site. From the medieval castle there were only five towers and a few ramparts in 1867. The present-day Neo-Gothic manor house is built on the common grounds of the 17th century, a square building. A first tower, connecting the two wings, was built before 1914. The dormers, of Gothic and Renaissance styles, are taken from the castle of Keralio (in Noyal-Muzillac); As well as the chapel, climbed back to the castle park in 1917. The second, at the end of the south wing, was completed in January 1927.

How To Get To Château de Rochefort-en-Terre (Map):