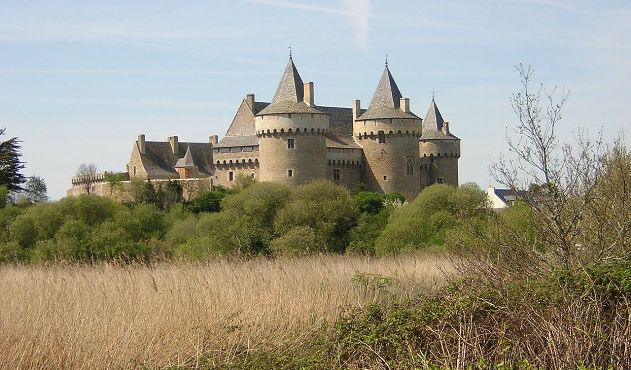 Location: Sarzeau, in the Morbihan departement of France (Bretagne Region).
Built: 13th century.
Condition: In good condition.
Ownership / Access: Owned by the department.
ISMH Reference Number: PA00091728
Notes: Château de Suscinio, built in the late Middle Ages (the thirteenth and in the second half of the fourteenth century), residence of the Dukes of Brittany, is situated on Mor Braz (Atlantic Ocean) in the town of Sarzeau (Morbihan) . The castle is a historical monument in 1840, when it was in ruins. In 1975, we discovered near the chapel of the Priory, destroyed by fire in 1370, which has a remarkable pavement, approximately 300 m2. It is studied, restored and exhibited in a room of the castle. In the early twenty-first century, the castle Suscinio regained his form intact medieval fortress, even if the work continues. In 2014, it was still the subject of archaeological excavations. The castle is open all year to visitors.

How To Get To Château de Suscinio (Map):