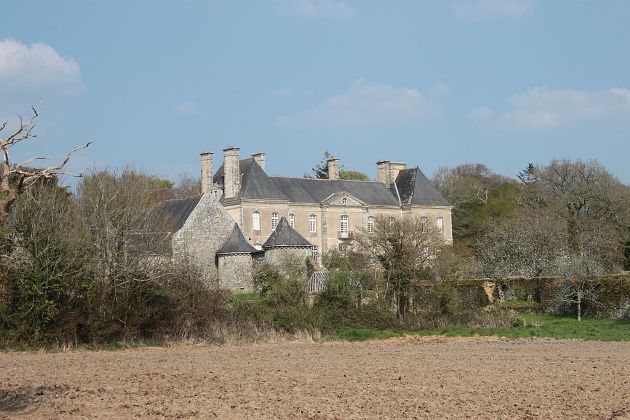 Location: Berric, in the Morbihan departement of France (Bretagne Region).
Built: 16th-18th century
Condition: Partially ruined.
Ownership / Access: --
Notes: Château de Trémohar is located in the town of Berric, in Morbihan department. The castle is the home of Berric before passing into the hands of Quifistre. The last Marchioness of Quifistre of Bazlavan died in 1879 and the castle passed to his brother Count Gouvello (family whose cradle is the Rhuys peninsula). It is then sold to Frances family who gave it in 1984 to Mr. Blériot, grand-son of Louis Blériot, who still owns. The castle, destroyed during the wars of the League, retains some elements of the fourteenth century (guard tower, dovecote). Common are the seventeenth century and the castle was rebuilt in 1750. The attic is pierced beautiful skylights to the north. "Trémohar" which means "big shift" in Breton, is built on a small hill overlooking the road Questembert-Theix (D7), from which it is visible externally. His private chapel disappeared. The monument is the subject of a registration as a historic monument since 1 August 1960.

How To Get To Château de Trémohar (Map):