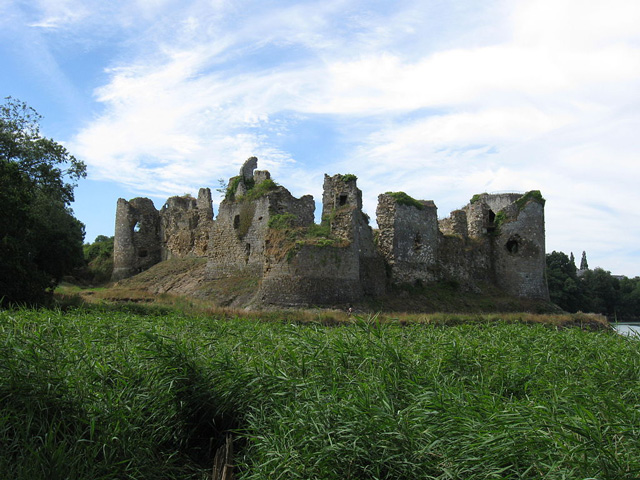 Location: Créhen, in the Côtes-d'Armor departement of France (Bretagne Region).
Built: 12th century.
Condition: Ruins.
Ownership / Access: General Council of Côtes d'Armor.
ISMH Reference Number: PA00083024
Notes: Château du Guildo is located in the town of Créhen (Côtes d'Armor), bordering the municipalities of Saint-Jacut-de-la-Mer and Trégon. It comes in the form of a castle courtyard with an area of 3200 m2 overlooking 20m Arguenon at the bottom of the estuary which it is installed. It occupies a rocky outcrop consists of mica schists and crossed by a dolerite bench, bordered to the north and west by the Arguenon and east by a rather steep trough. Registered under the Historic Monuments by order of 25 June 19511, the castle is owned by the General Council of Côtes d'Armor since 1981.