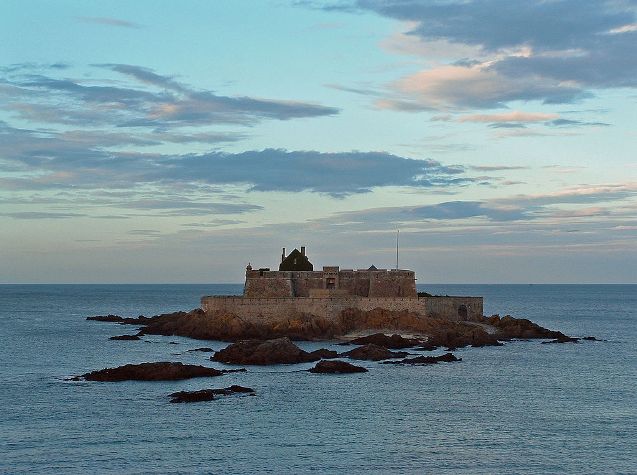 Location: Saint-Malo, in the Ille-et-Vilaine departement of France (Bretagne Region).
Built: --
Condition: In good condition.
Ownership / Access: --
Notes: Fort National is a stronghold located on an island of Saint-Malo. The island is accessible at low tide. The fort is the subject of a classification as historical monuments since May 1906, a fortified wall of a private ranking in August 19131. Today, the fort is part of an old Breton family. Formerly called "Fort Royal" and also "Imperial Fort" (during the years of the First and Second Empire), the current Fort National was built in 1689 by engineer Simeon Garangeau after the Vauban and the orders of King Louis XIV, along the ramparts of Saint Malo were reinforced, he was defending. Advanced bastion of the old walled city, it is in all the fortifications of Fort La Latte going to the tip of the Varde. The succession of different names give him the nickname Fort Chameleon.

How To Get To Fort National (Map):