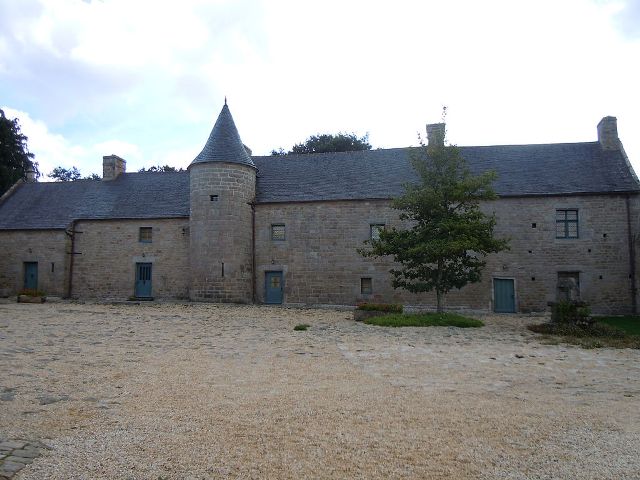 Location: Langonnet, in the Morbihan departement of France (Bretagne Region).
Built: 16th century.
Condition: In good condition.
Ownership / Access: --
Notes: Manoir de Kermain is located in Langonnet. The facades and roofs are included, except common, as historical monuments by order of 2 February 1980. The current mansion was built in the sixteenth century. The mansion consists of a courtyard surrounded by several buildings: house south flanked by outbuildings and a north chapel. The home has a beautiful circular staircase tower half work-out in the middle of its facade.