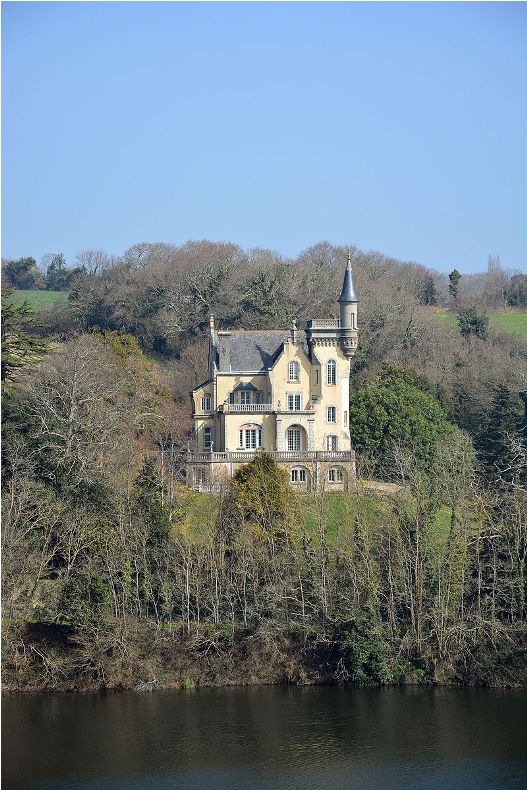 Location: Concarneau, in the Finistère departement of France (Bretagne Region).
Built: Dating from 1903.
Condition: In good condition.
Ownership / Access: Privately owned.
Notes: Manoir de Stang-al-Lin, also called "Château rose" because of the color of its walls, is a mansion built in 1903, located in the town of Concarneau in Brittany. The general counsel of the township of Concarneau, Gustave Bonduelle buys land in 1902 from the field Keriolet in the town of Beuzec-Conq and built there the following year the manor of Stang-al-lin. Currently, the manor is owned by the family Denier. The mansion is currently not open to the public.