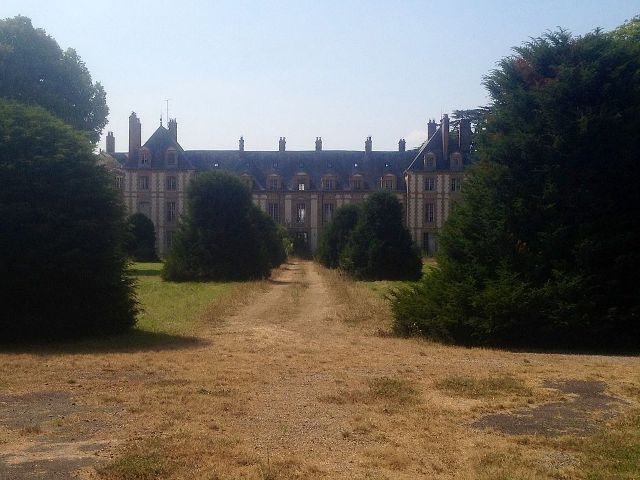 Location: Abondant, in the Eure-et-Loir departement of France (Centre Region).
Built: 18th century.
Condition: In good condition.
Ownership / Access: --
Notes: Château d'Abondant, built in the seventeenth century in the Louis XIII style, is located in the municipality Abundant present in the current department of Eure-et-Loir region and the Centre-Val de Loire.The first owner whose name has survived is Pierre Bigot, "Lord of Fay and forest Houdan." In 1485 Guillaume La Guiry is mentioned as Lord of Fay and Abundant, and in 1560 Jean Mangot, ensign fifty men at arms of the king's orders; the land passed to his son Louis, who still owned in 1618. In the first quarter of the seventeenth century, Joachim of Bellengreville Bellangreville or († 1621), Grand Marshal of France, acquired the lordship of Abundant. His widow, Marie de La Noue, granddaughter of the famous captain Francois de La Noue says "Slamming" exchange with cash payment in 1645 against the land of less Montguichet near Gagny, with Jacques Bouchet Sourches, abbot St. Martin of Trouart. It was around this time that built the present castle, which will remain for centuries in the descendants of the family Bouchet Sourches.