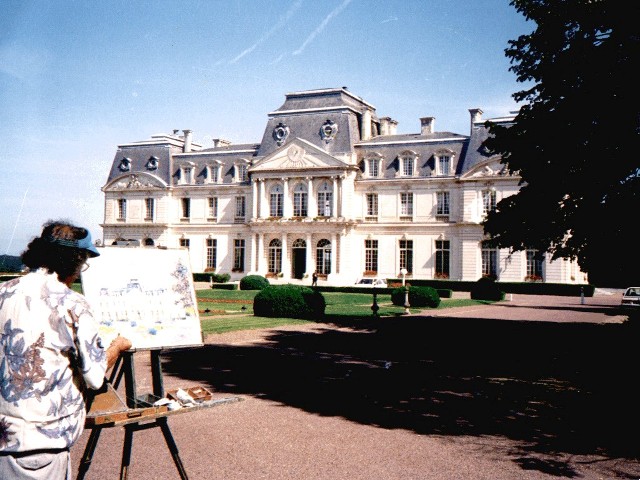 Location: Montbazon, in the Indre-et-Loire departement of France (Centre Region).
Built: 19th century.
Condition: In good condition.
Ownership / Access: Large French Steps Hotel.
Notes: The Château d'Artigny is a castle built between 1919 and 1928 in the town of Montbazon in Indre-et-Loire. On 24 and 25 November 1973 under cover of annual closure of the establishment, "International Monetary Conference" will meet the finance ministers of the five major world powers (including Valéry Giscard d'Estaing). In April 1976 took place there a discreet meeting between President of the Republic and its successor future, François Mitterrand. Artigny is still property of the family hotel group "Large French Steps" which Peter is Traversac President. This castle hotel offers 56 rooms, 1 dining room, an outdoor pool and spa. In September 2012, the Château d'Artigny gets a fifth star (new hotel classification).

How To Get To Château d'Artigny (Map):