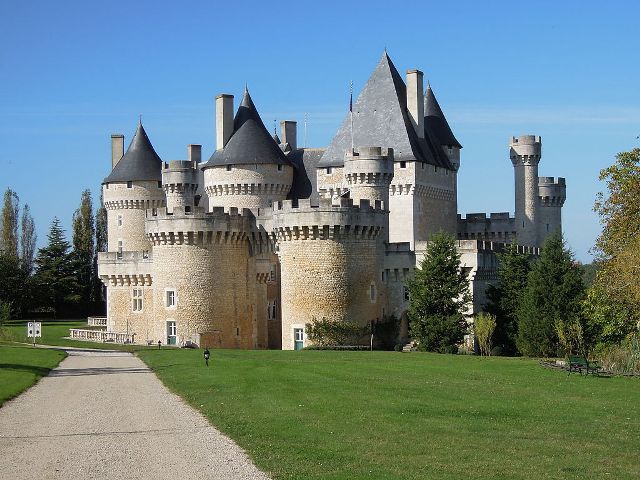 Location: Le Pont-Chrétien-Chabenet, in the Indre departement of France (Centre Region).
Built: 15th century.
Condition: In good condition.
Ownership / Access: Privately owned.
ISMH Reference Number: PA00097431
Notes: Château de Chabenet is a French medieval castle, located in the territory of the town of Pont-Chrétien-Chabenet in the department of Indre, in the Centre region, Loire Valley.The castle was built under Louis XI, by Josselin du Bois, Lord of Montmorillon, in the second half of the fifteenth century. It ended in 1471. In 1544, the small wire Josselin, Jean du Bois called "red", removes the daughter of the royal prosecutor causes of Poitiers. He was sentenced to death and took refuge with Aubert de Montjohan that the cache. Taking advantage of the situation it acquires the castle. During the wars of religion, it belongs to the Protestant house of Pierre Buffiere. This castle remains Protestant property from 1585 to 1735. In 1635, it was partially dismantled by Richelieu. Sold as many emigrated in 1793, it was bought in 1803 by the family of Poix. Louis Thomas Benjamin Comte de Poix, made the restoration in 1850, and bequeathed to her goddaughter, Josephine Woods. This area covers nearly 2,000 hectares and goes to the Chabenet Rocherolles. The building is registered as historical monuments in 1927.

How To Get To Château de Chabenet (Map):