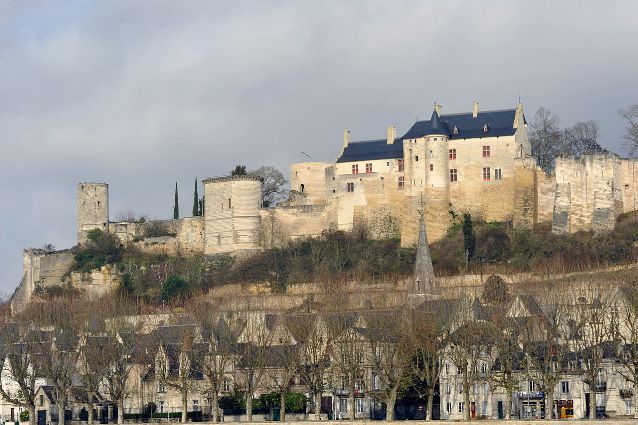 Location: Chinon, in the Indre-et-Loire departement of France (Centre Region).
Built: 10th-12th century.
Condition: In good condition.
Ownership / Access: Owned by the department.
ISMH Reference Number: PA00097661
Notes: Château de Chinon, as many castles, built on a rocky outcrop overlooking the Vienne and the city. This strategic position allows it to ensure the control of the passage on the Vienna tributary of the Loire. The town grew below, on the bank. Gradually, the space was divided into three distinct parts that kings called their "three castles", and contained a stylized manner in the form of three laps on the arms of the city. Thus, from west to east, the spur is blocked by a series of ditches - dry moat - that separate the three castles: the fort of Coudray, the castle of the Middle, and Fort St. George. Each of the three castles has a separate enclosure. It is in the main castle, the castle of the Middle, that develop the main house and the Saint-Melaine priory.

How To Get To Château de Chinon (Map):