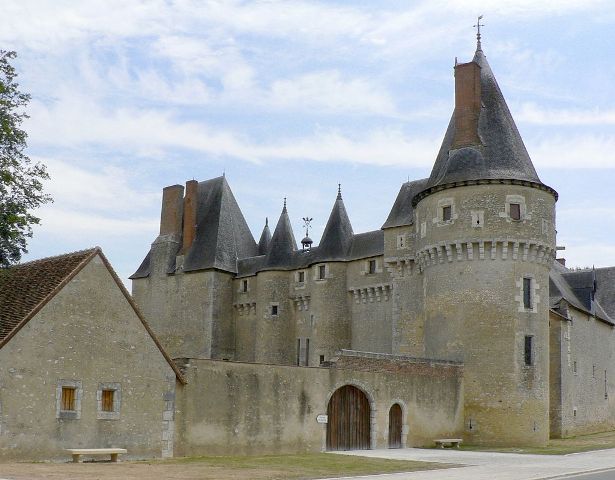 Location: Fougères-sur-Bièvre, in the Loir-et-Cher departement of France (Centre Region).
Built: 1475.
Condition: In good condition.
Ownership / Access: State property.
ISMH Reference Number: PA00098444
Notes: Château de Fougères-sur-Bièvre of Fougères-sur-Bièvre is located on the Bièvre in the center of the town of Fougères-sur-Bièvre in Loir-et-Cher in France.His first construction dates from the nineteenth century. It was destroyed in 1356 at the beginning of the war 100 years ago by Edward III of England, Prince of Wales, the Prince said Black. Only left the dungeon. The king has given its authorization in 1470 the castle was rebuilt by Pierre de Refuge, then treasurer of Louis XI. The work was completed by his gendre. René Lambot bought the castle in 1789 and his descendants in 1814 transformed the spinning which operated until 1890. The castle is the subject of a classification as historical monuments since September 14, 1912. It is now owned by the French State which bought in 1932. The restorations are mainly the work of the architect Paul Robert-Houdin.

How To Get To Château de Fougères-sur-Bièvre(Map):