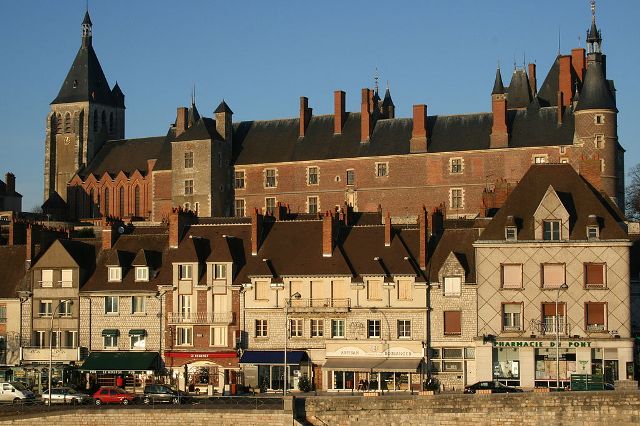 Location: Gien, in the Loiret departement of France (Centre Region).
Built: 14th century.
Condition: In good condition.
Ownership / Access: Loiret County Council.
ISMH Reference Number: PA00098784
Notes: Château de Gien is a French château located in the center of Gien located in the Loiret region in Central Loire Valley. The castle of Gien is first a medieval building at the end of the fourteenth century on the site of a meeting of chasse. The monument belongs to the castles of the Loire, it is currently under construction and expected to reopen to the public in spring 2017In its construction, the castle is located in the province of Orléans in the Kingdom of France. Today it is located on the north bank of the Loire, in the southeastern department of Loiret (region Centre-Val de Loire) and the natural region of Giennois. The building was built in the center of the town of Gien, overlooking the quay Lenoir and Rue Gambetta. It is accessible by stairs or the street of the castle square in which there is also the Sainte-Jeanne d'Arc Church. It is one of the steps of the tourist route Jacques-Cœur4 and is situated near the cycling route of the Loire by bike and hiking trail 3 (GR 3).