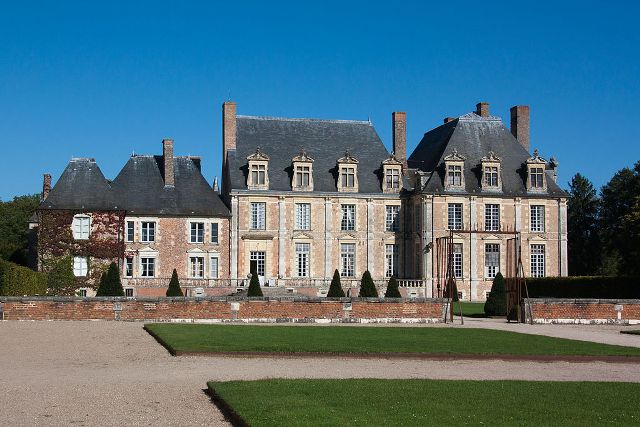 Location: La Ferté-Saint-Aubin, in the Loiret departement of France (Centre Region).
Built: 16th century.
Condition: In good condition.
Ownership / Access: --
Notes: Château de La Ferté-Saint-Aubin is a French château located in La Ferte-Saint-Aubin in the department of Loiret, in region Centre-Val de Loire. The house, all surrounded by a moat, stands on the banks of the River Cosson. The castle and its grounds are partially classified and partially registered under the Historic Monuments by successive decrees, February 28, 1944, July 29, 1961 and March 7, 1995.The castle is located 22 km south of Orleans, 14 km north of Lamotte-Beuvron 38 km northeast of Chambord castle, along the provincial road in 2020, at the northern exit of the town of Ferte-Saint-Aubin, in the natural region of Sologne. The site is served by the station of La Ferte-Saint-Aubin from the line Aubrais - Orléans to Montauban-Ville-Bourbon and line 5 of Ulys bus network.

How To Get To Château de La Ferté-Saint-Aubin (Map):