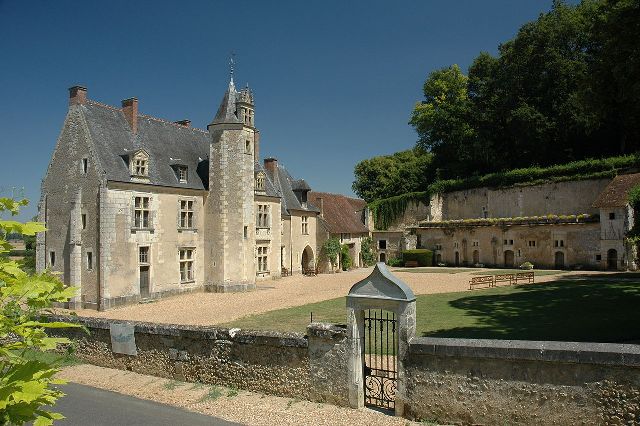 Location: Couture-sur-Loir, in the Loir-et-Cher departement of France (Centre Region).
Built: 16th century.
Condition: In good condition.
Ownership / Access: --
Notes: Château de la Possonnière Ronsard is a castle of the sixteenth century Italian Renaissance style and a park located in Couture-sur-Loir in the Loir-et-Cher. The poet Pierre de Ronsard (1524-1585) was born there 10 September 1524. The castle is a historical monument since 1862.In 1515 Louis de Ronsard (knight in the service of Louis XII kings and Francis I) built this castle which dominates Couture-sur-Loir near Vendôme, with a rectangular main building, outbuildings dug into the limestone, cave kitchens doors decorated with Italian Renaissance sculptures. September 10, 1524, the sixth child of Louis de Ronsard and Jeanne Chaudrier, Pierre de Ronsard was born at the castle and saw the first twelve years of his life before becoming in 1536 at the age of 12, Charles dolphin page II Orleans (third son of King Francis I). In the nineteenth century, the castle was heavily restored. In 2004 the rose grower André Eve is created "gardens Possonnière" with a rose garden with more than 200 varieties of old roses and modernes.

How To Get To Château de la Possonnière(Map):