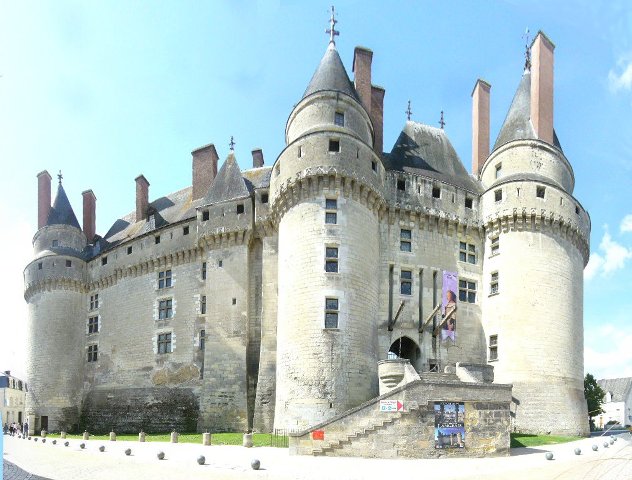 Location: Langeais, in the Indre-et-Loire departement of France (Centre Region).
Built: 10th century.
Condition: In good condition.
Ownership / Access: Property of a public institution.
ISMH Reference Number: PA00097795
Notes: Château de Langeais built by Louis XI in 1465, stands in the eponymous town in the Indre-et-Loire department in central France, Loire Valley, France. It replaced a former castle built in the late tenth century by Fulk Nerra. As historical monuments, the castle is the subject of an order by ranking of 13 March 1922 Part of the castle grounds around the ruins to the bridge, as it appears in red on the plan annexed to the decree been ranked by order of May 26, 1942.The castle was built by Fulk Nerra, Count of Anjou Note. Under the domination of the English Plantagenet dynasty, the castle was enlarged by the English King Richard the Lion Heart, Count of Maine and Anjou 1189 to 1199. Philippe Auguste the reconquered in 1206, then it is destroyed by English during the hundred Years war. The building of that time remains a facade of the main tower, called "dungeon Fulk Nerra". In 1465, Louis XI ordered the reconstruction of the castle, below the remains of the old building; the work is carried out under the direction of Jean Bourré, treasurer of France and friend of the king, and Jean Briçonnet. The new castle of Langeais is completed in 1469.

How To Get To Château de Langeais (Map):