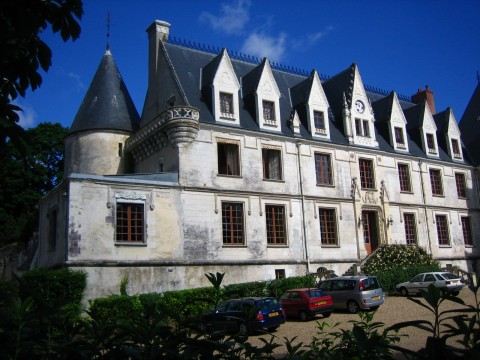 Location: Reignac-sur-Indre, in the Indre-et-Loire departement of France (Centre Region).
Built: 19th century.
Condition: In good condition.
Ownership / Access: --
Notes: Château de Reignac is a Loire Valley castle located on the highest ridge of Saint-Loubès in Reignac-sur-Indre in Indre-et-Loire. It is built on the remains of an ancient fortress of the fifteenth century, as evidenced by its two cylindrical towers. It was then radically modernized in the early eighteenth century. Today, the castle was converted into a luxury hotel.

How To Get To Château de Reignac (Map):