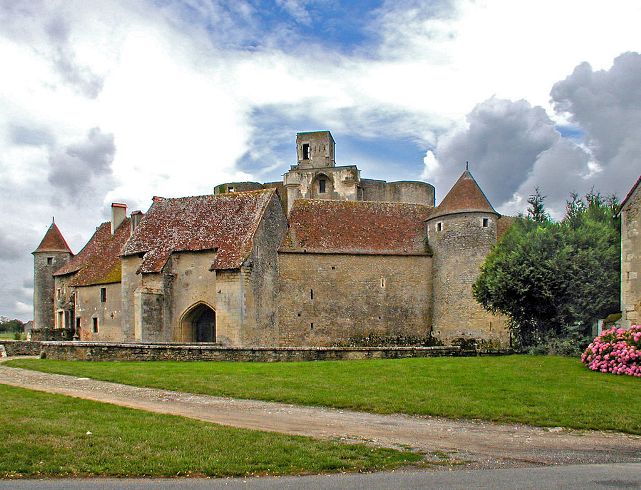 Location: Sagonne, in the Cher departement of France (Centre Region).
Built: 17th century.
Condition: Ruined.
Ownership / Access: Privately owned.
ISMH Reference Number: PA00096871
Notes: Château de Sagonne and stronghold of Mansart the seventeenth and eighteenth centuries, the castle of Sagonne is located in the town of Sagonne in the Germigny valley, 45 km southeast of Bourges (Cher).Between Berry and Bourbonnais, the castle is a historical monument since 1914. It has an imposing tower and the remains of a crimped fortified towers, surrounded by a moat fed by a brook, the Sagonin. the French gardens, created at the beginning of the eighteenth century and have disappeared since, long attributed to André Le Nôtre, were in fact one of the emblematic achievements of Jules Hardouin-Mansard in the matter.