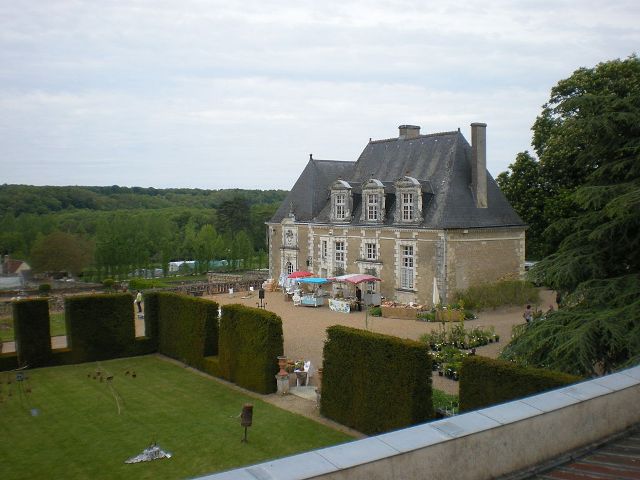 Location: Chançay, in the Indre-et-Loire departement of France (Centre Region).
Built: 16th century.
Condition: In good condition.
Ownership / Access: Privately owned.
ISMH Reference Number: PA00097627
Notes: Château de Valmer is a Renaissance castle built in the sixteenth century to the eighteenth century near the village of Chançay in Indre-et-Loire. Renaissance gardens in Italian terraces, listed as historical monuments since 1930, have been recognized "Remarkable Garden" by the Ministry of Culture in 2004. The castle is the subject of a registration as a historic monument since the May 11, 1930.The estate of Chateau de Valmer, with a total area of ​​60 hectares, is located in the Brenne valley. The historic castle was built in 1525 in the Italian Renaissance style of the sixteenth century. The layout of the cave chapel also dates from this time. Valmer was extended in the seventeenth century by Thomas Bonneau, advisor of Louis XIII, who acquired the domain 23 May 1640 and profoundly altered by building including the high terrace, common and flag of Petit Valmer. The body of the castle was destroyed by fire in 1948 and it remains that traces symbolized on one of the terraces by planting yew. The other buildings and dependencies are preserved them, including Louis XIII pavilion, and the cave chapel carved into the rock in the sixteenth century. They serve the various activities of the area, owned by the family of Saint Venant since 1888. The current owner is Aymar de Saint Venant.

How To Get To Château de Valmer (Map):