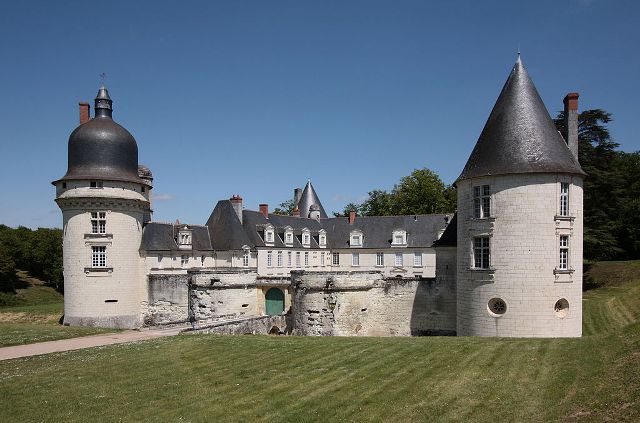 Location: Monthou-sur-Cher, in the Loir-et-Cher departement of France (Centre Region).
Built: 15th century.
Condition: In good condition.
Ownership / Access: Owned by a Private company.
ISMH Reference Number: PA00098499
Notes: Château du Gué-Péan is a French castle in Monthou-sur-Cher in the department of Loir-et-Cher, in region Centre-Val de Loire.The presence of a Roman road near the castle, which crossed the stream by a ford, gave the first name to the locality: the paid ford, which later becomes the Gué-Péan. This is the fifteenth century that the Alaman family bought the manor and built the castle. The manor was built in châtellenie by François Alaman, vassal of the lord of Saint Aignan. His son toddler who finished building the castle. In October 1676, Charlotte Alaman sells the Gué-Péan and outbuildings to François de la Motte Villebret Count Aspremont. It is then Amelot family takes possession of the castle for 62 years. Then comes the family Cassin, owner of the Gué-Péan in 1832. They are the first to live there. The orangery was born in 1885 and the castle and has a winter garden. On 7 March 1952, much of the castle is classified historic monument. In 1961 the castle was sold to Mr. Kéguelin Rozières and later to Mr Laming. (Architect of Futuroscope).

How To Get To Château du Gué-Péan (Map):