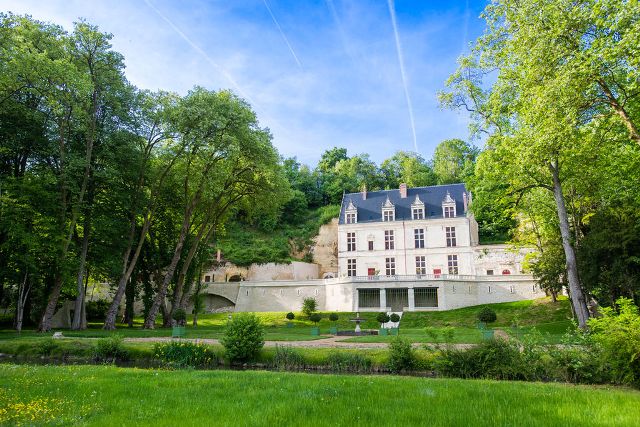 Location: Amboise, in the Indre-et-Loire departement of France (Centre Region).
Built: 16th century.
Condition: In good condition.
Ownership / Access: Privately owned.
ISMH Reference Number: PA00097505
Notes: Château-Gaillard on his return from the First-Italian campaign, the Chateau-Gaillard Royal Estate is located in Amboise in the Loire Valley, World Heritage of UNESCO. This small Loire chateau lies at the foot of the southern side of the Spur Châteliers on which stands the castle of Amboise near the Clos-Lucé Le Domaine Chateau Gaillard was a "laboratory" of the French Renaissance: first zoological gardens in France including the creation of the first French royal Orangerie, first garden of the French Renaissance Dom Pacello da Mercogliano with achieving first axial landscape perspective and first beds "in French," French first transposition of Architecture of the Italian Renaissance embodied by the Medici villas in Florence. Dom Pacello Mercogliano, Neapolitan monk "the best gardener of Europe", cultivated for the first time many trees and fruit with orange and citrus, peach, plum and there was multiple creations transforming Château Gaillard in "earthly paradise". The Royal House of Chateau-Gaillard was the subject of a registration under the Historic Monuments in 1963. At the end of 4 years of restoration, the area was opened to the public in 2014.

How To Get To Château-Gaillard(Map):