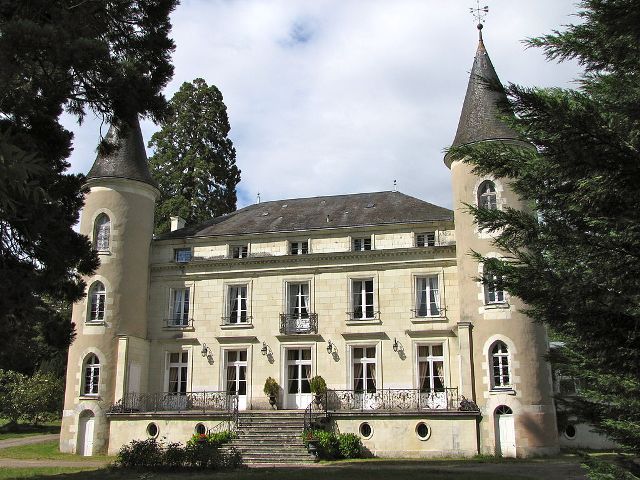 Location: Tournon-Saint-Pierre, in the Indre-et-Loire departement of France (Centre Region).
Built: 18th century.
Condition: In good condition.
Ownership / Access: --
Notes: Château Les Vallées located in Tournon-Saint-Pierre, in Indre-et-Loire, in the eighteenth century was the property of the family Lhéritier Chézelles, which resulted in Samuel-François Lhéritier Napoleonic General, Imperial Baron. The estate was sold in 1844 to Mr. Dean who built the Château des Vallées on the foundations of an older castle. Later this castle belonged to the singer Mado Robin (the most high-pitched voice of the world). The castle park has the distinction of hosting four redwoods, two of which are among the largest in France.

How To Get To Château Les Vallées(Map):