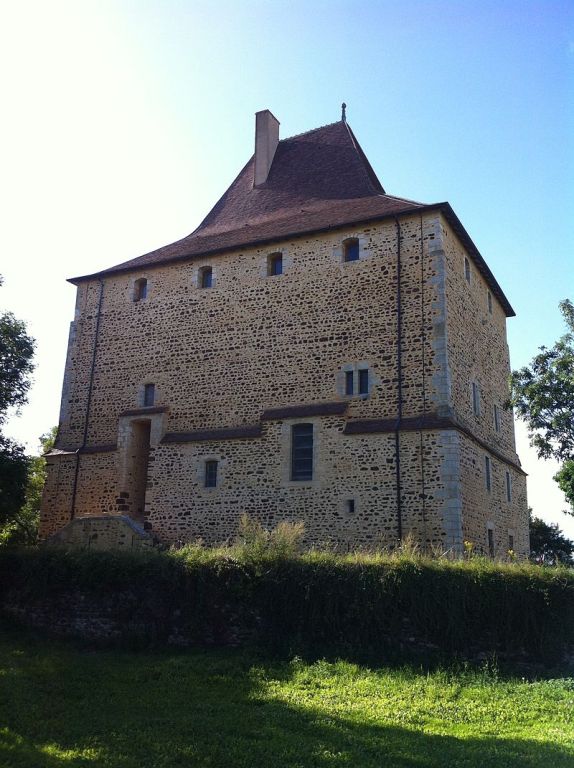 Location: Neuvy-Deux-Clochers, in the Cher departement of France (Centre Region).
Built: 12th-16th century.
Condition: In good condition.
Ownership / Access: Owned by the municipality.
ISMH Reference Number: PA00096950
Notes: Ensemble castral de Vèvre (or Vesvre) is located in the Pays-Fort Cher, to Neuvy-Deux-Clochers, between Sancerre and Bourges (France), occupied since the ninth century to the present. Excavations in 2004 testify that if it was built in the late twelfth century, it has been on the remains of a home much earlier. His story is part of the history of the site Vesvre, including a castle mound, a sixteenth-century farmhouse and a manor house of the same period now in ruins. The scholars of the nineteenth century attributed its construction to Hugh II Vesvre, recent historical research in addition to the archaeological findings challenge this hypothesis. After an initial registration canceled 1976, all the subject of a classification as historical monuments since October 10, 2008 and an inscription on 8 August 1991. The most important element is an imposing tower rectangular recently protected from weather and damage due to the weather. The barn and the adjoining dovecote was restored in 2012 and 2014, and the castle mound was acquired by the town. The site is managed by the Association of Friends of the Tower of Vesvre.