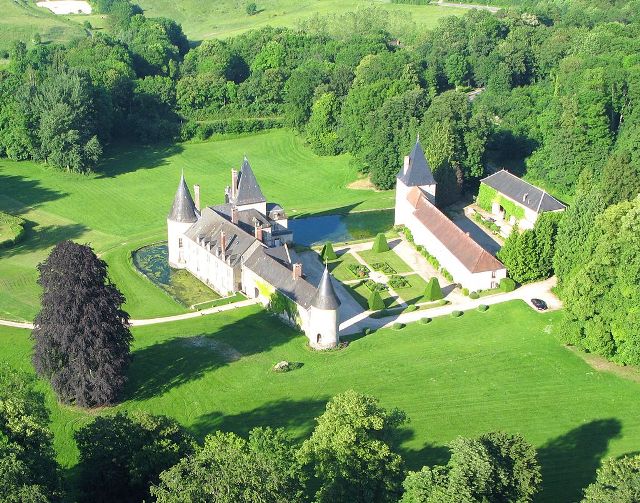 Location: Brugny-Vaudancourt, in the Marne departement of France (Champagne-Ardenne Region).
Built: 13th century.
Condition: In good condition.
Ownership / Access: Privately owned.
ISMH Reference Number: PA00078917
Notes: Château de Brugny is located in the municipality of Brugny-Vaudancourt, in the French department of Marne.The first mention of the lordship of Brugny date of 1223 by the homage Gui III de Chatillon returned to this land to the Count of Champagne. He was married to Agnes de Donzy, Countess of Nevers and Auxerre, Philippe widow of France. Witness to that time, the square tower dated thirteenth century. Castle Brugny and its stronghold were under the lordship of Epernay. During the Hundred Years War, Camille Dreyfus and Andre Berthelot in their Great encyclopedia tells us that Brugny was the scene of numerous clashes between the English and the French. The King Henri IV would have stayed after the seat of Epernay. The peculiarity of Brugny is never having sold its origin until today, and its successive owners were: