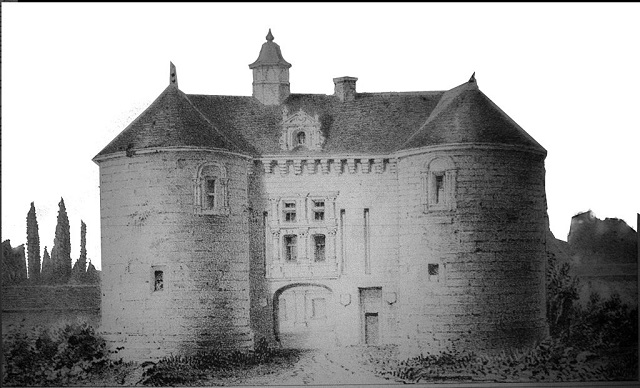 Location: Chamoy, in the Marne departement of France (Champagne-Ardenne Region).
Built: --.
Condition: --.
Ownership / Access: Private.
Notes: The castle of Chamoy is a castle located in Chamoy, France.The oldest trace, written, called a strong house in the thirteenth century, the castle was surely revised in the sixteenth century because it is from this date that the monumental gate that still exists. A redevelopment of the buildings was done at the request of Louis Rousseau lord of the Lombardière between 1680 and 1690. The present building is built between 1828 and 1830 and presents a remarkable park. The castle had a chapel under the name of saints Cosme and Damien, if the titles of the lord were burnt in the public square during the Revolution, documents in the chapel were kept in the parish church and had illuminations presented below.