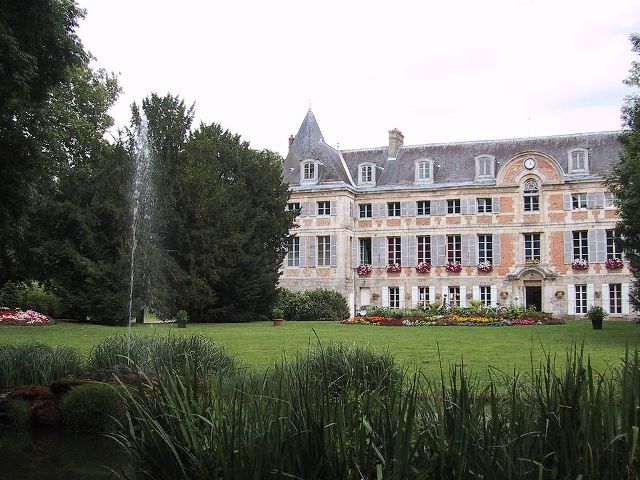 Location: Dormans, in the Marne departement of France (Champagne-Ardenne Region).
Built: 14th century.
Condition: In good condition.
Ownership / Access: --
Notes: Château de Dormans on the Champagne route, 120 km east of Paris, the Château de Dormans is a public domain. Former residence of the house of La Rochefoucauld, is in the park that was built Memorial of the Battles of the Marne Memorial Chapel of the First World War. At the end of the thirteenth century appears in the acts of one John Dormans, Lord of Dormans. In 1373 John II dies Dormans, lawyer, canon, cardinal and bishop of Beauvais, Chancellor of France. His brother William Dormans succeeded him as lord, and as Chancellor of France, in 1373. This family died in Dormans in the sixteenth century by a person of Renault Dormans, whose daughter married Jacques de Laon. Their daughter married in turn Claude Ancienville, to whom she brought the field. In the seventeenth century, the castle belonged to Michel Larchet of Olisy, chairman of the Accounting Chamber. In 1642, Charles de Bullion became lord, but died shortly after. His widow sold Dormans Henri de Bourbon, Prince de Conde, the first prince of the blood, also neighboring lord, since he owned the Castle of Condé, located a few kilometers from Dormans. In 1646, his son Louis de Bourbon, Duc d'Enghien, inherited it with the rest of the property of his line, and then he went to the younger brother of the latter, the Prince de Conti, Armand de Bourbon.On the initiative of Cardinal Mazarin, an exchange took place in 1660, and the king gave the manor of Dormans (erected in county) to one of the Cardinal faithful Charles de Broglie, then he passes Marshal Victor-Maurice Broglie. The son of the latter, Hyacinthe Line Mouy, became Earl of Dormans, and died in 1724.These are Broglie and the line which gave the castle its present appearance, retaining the old fortress that two of the four corner towers, and giving the central body a face of classic style of the era of Louis XIV . During the eighteenth century, the county and the castle passed to the house line to Boucot family for whom it became a marquisate and then to Rouault of Gamache until 1791.Seized as many emigrated, the castle was sold in 1791 in undivided between Paul and Jean Louis Isaac Thelusson. The family kept it until Pierre-Germain Thelusson Ventimiglia, mayor of the town.Portal Marne Por.

How To Get To Château de Dormans (Map):