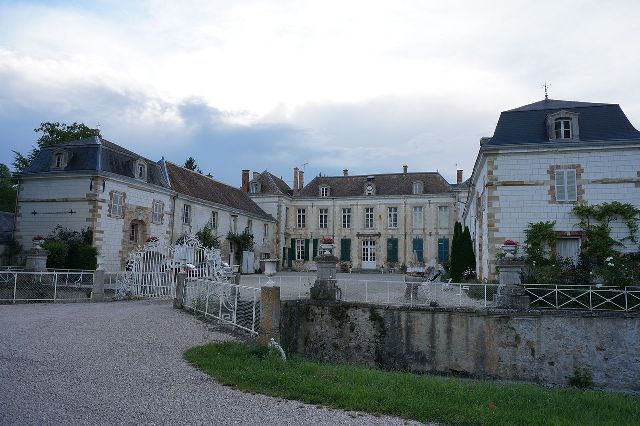 Location: Juvigny, in the Marne departement of France (Champagne-Ardenne Region).
Built: 1702.
Condition: In good condition.
Ownership / Access: Owned by a private company.
ISMH Reference Number: PA00078727
Notes: Château de Juvigny is a Juvigny century castle in the suburb of Chalons-en-Champagne.The current castle of Juvigny, near the Lake of the Great Meadows, was built under the direction of architect Nicolas Petit Reims between 1702 and 1705 on the plans of Robert de Cotte. The castle is near a wooded park of 18 hectares 17, this park to française was modified and became an English park. The castle is surrounded by water filled moats. The park is usually open to the public during Heritage Days. The castle also hosts of B & Bs. The facades and roofs of the castle moat and bridge giving access to the court (ie. B 371, 372) are listed as historical monuments by order of 26 August 1988. The dairy, the park, the orangery, the vegetable garden and its enclosing wall, a factory of branches in the garden, the driveway leading to the castle entrance and the bridge to the park are the subject of a registration by order of May 31, 2010.