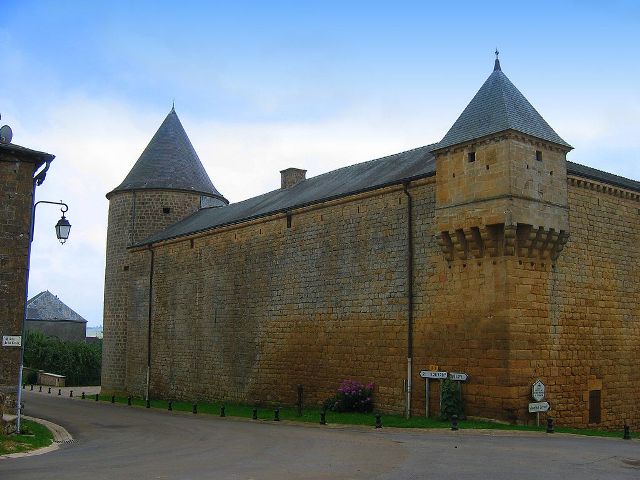 Location: L'Échelle, in the Ardennes departement of France (Champagne-Ardenne Region).
Built: 15th-17th century.
Condition: In good condition.
Ownership / Access: Owned by the town.
ISMH Reference Number: PA00078432
Notes: Château de L'Échelle is a castle located in the municipality of The Ladder, in the French Ardennes department in France.A first castle, probably founded in the twelfth century, is adjacent to the field of Potées, possessions chapter of Reims.In the fifteenth century, an Armagnac band settles and plaguing the country. Antoine de La Marche des Contes, Sedan governor from 1599 to 1640 became lord of the ladder by marrying Anne of Maucourt in 1594. He transformed the scale of the castle to give it its current pace. The square watch tower in the northwest corner, dates from this time. Antoine de La Marche des Contes died in September 1740 in his 74th year.September 28, 1642, at dawn, the Spanish troops plundered the village and attacking the castle. The castle walls retain traces of bullets. In 1730, the scale of the castle was acquired by the chapter of Reims that adapts buildings into a farm. It is sold to the Revolution as national property to Simon Pottier, Hatter The Ladder, which then passes on much of the town. This installs the town hall, school and housing for the teacher.The building is registered as historical monuments in 1926. The castle is now fully owned by the municipality. Part of the residential buildings of the north wing has been converted into a museum of the School yesterday, for fans of the communal (primary school 1900 to 1960), with inkwells, the feathers Sergeant Major (which preceded the ball-pens), slates, etc.