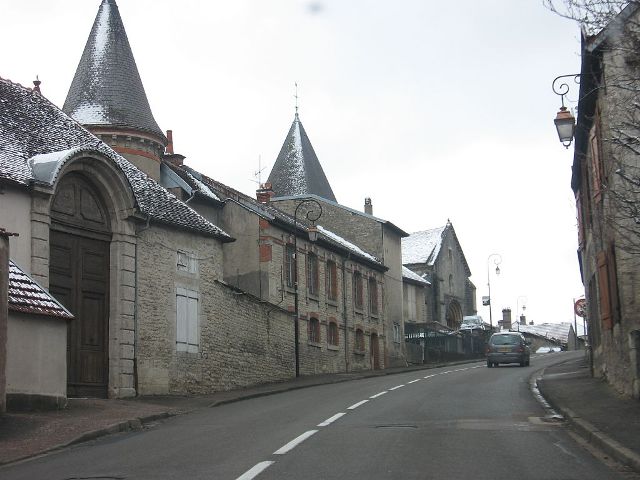 Location: Prauthoy, in the Haute-Marne departement of France (Champagne-Ardenne Region).
Built: 16th century.
Condition: In good condition.
Ownership / Access: --
Notes: Château de Prauthoy is located in the town of Prauthoy in Upper Marne1. Its construction dates back to the seventeenth century. It belonged to the Caroillon family, in-laws of Denis Diderot. Remodeled several times in the eighteenth century and nineteenth century, is now a luxury hotel.Among the owners of the estate include the family Lallement and Saint-Lambert, who sell the domain in 1774 to the family and Caroillon Louis Micholin. The area of ​​the castle was vast, extended over several nearby villages and had an agricultural and commercial feed to other homes, to Paris. Thus, the cellars were content to one hundred and seventeen parts of wine during the French Revolution. Caroillon Huots of Melville, farmer-general of the Comte d'Artois and secretary of Louis XVI, bought the entire area on May 25, 1789. Upon his death in 1796, the castle is largely the legacy of Abel (who died in 1813 ) and his wife, Angelica, daughter of the philosopher Denis Diderot. On the death of Angelica in 1824, the castle becomes the property of the family Borthon. She undertakes major works of embellishment: Park development, creation of the cave and common. By successive inheritances, the castle passed to two minor heirs, Mary Magdalene and Mary Claude Broch of Hotelans. In 1896 it was bought by Edmond Goisset2 that will build the first floor of the main facade, in the spirit and style of the eighteenth century. His daughter Marie Paule wife Francis Burette in 1897. From this union with the cavalry colonel born three daughters, Cecilia, born in 1899, who marries Raoul Zimmermann (1892-1973), commander of profession doctor. They had three children who inherit the castle to the death of their mother in 1992. In 2000, Daniel and Pierre Louis Berchard Bugnod acquire the castle and undertake its complete renovation bringing it modern comfort and creating among others, the terrace of the park and the winter garden. Frédéric Mailfait bought the castle in 2008 to settle and perpetuate the activity of guest rooms.

How To Get To Château de Prauthoy (Map):