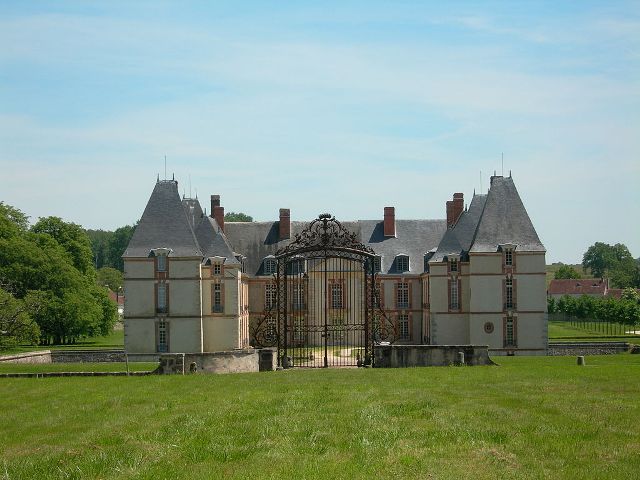 Location: Réveillon, in the Marne departement of France (Champagne-Ardenne Region).
Built: 1607.
Condition: In good condition.
Ownership / Access: Privately owned.
ISMH Reference Number: PA00078831
Notes: Château de Réveillon built in the early seventeenth century, is distinguished by a Renaissance style. Moated its general plan U-shaped opening on a paved courtyard. The area of the castle includes large French gardens, common and melon, and a firm whose centerpiece is a dovecote 3,500 nests. Eve of the castle is located in the town of Eve. Both are named after a small river, the ru Villon, called Eve, which feeds the Grand MorinThe present castle was built between 1607 and 1617 by Claudius II Ancienville 2 and his wife Judith Raguier lady Esternay. The castle was built on the foundations of a castle, which we know practically nothing. In 1640, an expert of the castle carried teaches that the castle was not finished: "skylights have not received their fenestres or walls their answers to prayer. The plombinerie is absent in ridges, valleys, flashings, gutters and skylights enfêtement. Inside, there are countless missing tiles, the entrevoûtes ais unfinished floors, doors and window-zero value, the main building with the hall is not plaster or plaster. Putlogs holes are resealed. ".

How To Get To Château de Réveillon (Map):