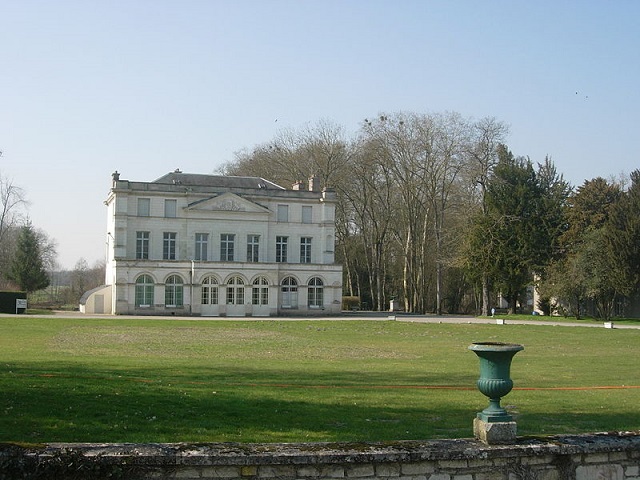 Location: Sainte-Maure, in the Marne departement of France (Champagne-Ardenne Region).
Built: 16th century.
Condition: --.
Ownership / Access: Private.
Notes: The castle of Sainte-Maure is a castle located in the eponymous commune, France.A building in the park shows that a building already existed in the 16th century but the first mention dates back to 1656. It was rebuilt in 1696 on plans of Louis Mallet and the wings of Constant date from 1768 and the gardens of M. Moisy. The said garden having demanded the destruction of some houses of Charley; The said houses were the castle of Charley, cited until 1762.