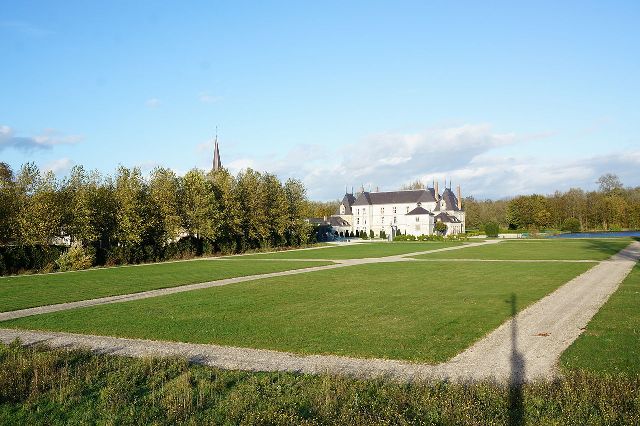 Location: Vitry-la-Ville, in the Marne departement of France (Champagne-Ardenne Region).
Built: 17th century.
Condition: In good condition.
Ownership / Access: Privately owned.
ISMH Reference Number: PA00078922
Notes: Château de Vitry-la-Ville is a building of the department of Marne in the Champagne-Ardenne region, is registered since 1990.Hugues Maté, Receiver General of Champagne finances is a castle built in 1608, on a level, chalk and slate roof. It is developing the gardens in 1650 by a pupil of Le Nôtre, Jean Bar. It diverts Genelle, waterways which will tour the castle. It is reflected in a mirror of water and you have a drawbridge for access. In 1723 it is the possession of the President of the Champagne finances, Jean Morel who is adding two wings and a wrought iron gate of Raygrenau. The castle passed into the family of Boys Riocour as Sieur Morel joins her daughter to the Earl. It remained in the family until 1993. The Riocour Boys of the chapel in the cemetery surrounding the church that is glued to the castle.

How To Get To Château de Vitry-la-Ville (Map):