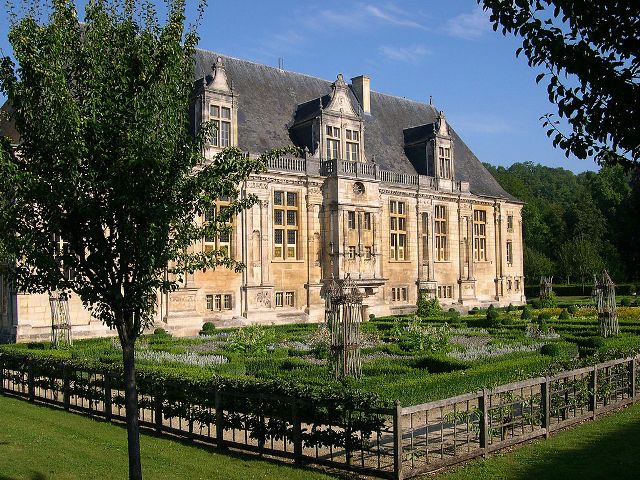 Location: Cirey-sur-Blaise, in the Haute-Marne departement of France (Champagne-Ardenne Region).
Built: 16th century.
Condition: In good condition.
Ownership / Access: Owned by the Department.
ISMH Reference Number: PA00079078
Notes: Château du Grand Jardin is located in the municipality of Joinville, in Haute-Marne.Between 1533 and 1546, Claude de Lorraine, first Duke of Guise, built the castle of the Grand Garden, large pavilion dedicated to holidays, a jewel of Renaissance architecture. It was an annex of the castle located on the heights of Joinville, which was destroyed during the Revolution. This is where the Duke gave his holidays, and where artists of his court occurred. The site, wasteland and in ruins in the early 1980s was bought by the General Council of Haute-Marne.The building has been well restored and the large park created in the nineteenth century found in part its original appearance.The site has regained its original vocation by reverting to a place of culture: there has as classical music concerts, contemporary art exhibitions, symposiums for cultural purposes. Château du Grand Jardin joined the European network of cultural centers found in historical monuments.

How To Get To Château du Grand Jardin (Map):