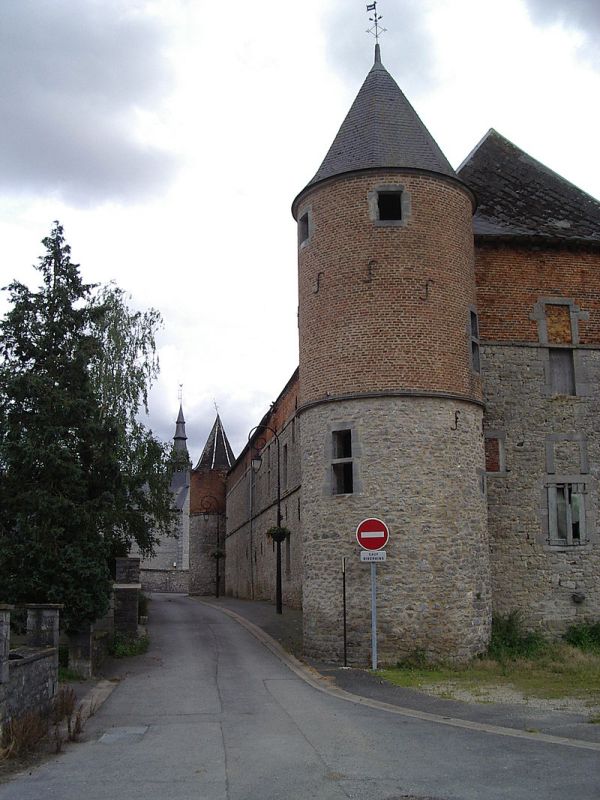 Location: Foisches, in the Ardennes departement of France (Champagne-Ardenne Region).
Built: 17th cenutry.
Condition: In good condition.
Ownership / Access: Private property.
Notes: Château-ferme de Foisches farm called the Templars is an old fortress converted into a farm, located Foisches, France.The building is arranged around a rectangular courtyard and flanked by three corner towers. It is built of stone and bricks. Exterior openings are rare, except large doors created for the farm. The courtyard façade of the east wing of the building is marked by an interesting décor in its scheduling, a fairly exceptional style in the Ardennes, although using regional materials. A rowset Givet blue stone, corresponding in particular to lintels and sills of windows framed by the stone, and interconnected by strings shaped bands, spring brickwork. Added to this, on the right side of this courtyard façade, a series of seven semicircular arches, quoins enhanced placed bosses and resting on columns. These columns were partially carved, presumably of grotesque heads, hammered thereafter. This facade of the east wing date of the initial construction, in the early seventeenth century. Other parts of the building were redesigned in the nineteenth and twentieth centuries.