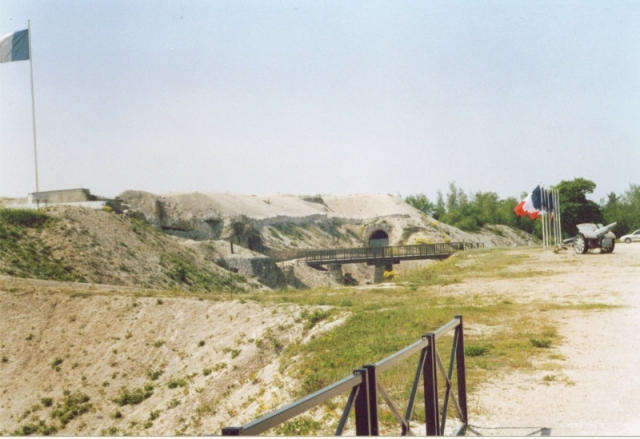 Location: Reims, in the Marne departement of France (Champagne-Ardenne Region).
Built: 1883.
Condition: In good condition.
Ownership / Access: Now a museum of the First world war.
Notes: Fort de la Pompelle is one of the many forts built around Reims after 1870 as part of the fortified belt of Sere de Rivières system built to defend the city; he was the lock on the defense of Reims during World War II. It is located in the municipality of Puisieulx five kilometers southeast of the city center of Reims, on the edge of the current provincial road 944 (former National 44) leading from Reims in Chalons-en-Champagne. It was classified as an historic monument in 1951 on his way, his strong and its surroundings; registered March 17, 1952 for the land.

How To Get To Fort de la Pompelle (Map):